A video review of An Inconvenient Friend

Posted by rhonda mcknight at 12:30 AM No comments: Links to this post

Live A Little by Rhonda McKnight


Will a grieving woman and an injured soldier find hope in each other? 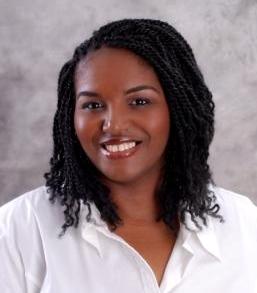 Even as she pursued degrees in Textile Technology, Organizational Leadership and finally, Adult Education, Rhonda McKnight’s love for books and desire to write stories was always in the back of her mind and in the forefront of her heart. Rhonda loves reading and writing stories that touch the heart of women through complex plots and interesting characters in crisis. She writes from the comfort of her Atlanta home with black tea, Lays potato chips and chocolate on hand. At her feet sits a snappy mixed breed toy dog. She can be reached at her website at www.rhondamcknight and on social media at www.facebook.com/booksbyrhonda and www.twitter.com/rhondamcknight and www.blackchristianreads.com where she has joined with nine other Christian fiction authors to introduce her stories to the world.

Posted by rhonda mcknight at 2:40 PM No comments: Links to this post

WRITING MY DREAMS: Taking Your Emotions on a Roller Coaster Ride...: RHONDA MCKNIGHT_20 DAYS OF ROMANCE

WRITING MY DREAMS: Taking Your Emotions on a Roller Coaster Ride...: RHONDA MCKNIGHT_20 DAYS OF ROMANCE: Today's 20 Days of Romance post brings us a sweet, romantic, and longing kind of love. Rhonda McKnight shares an excerpt from her nov...
Posted by rhonda mcknight at 11:23 AM No comments: Links to this post

A grieving woman, a hurting soldier and an abandoned dream...
Can they find hope for tomorrow in each other? 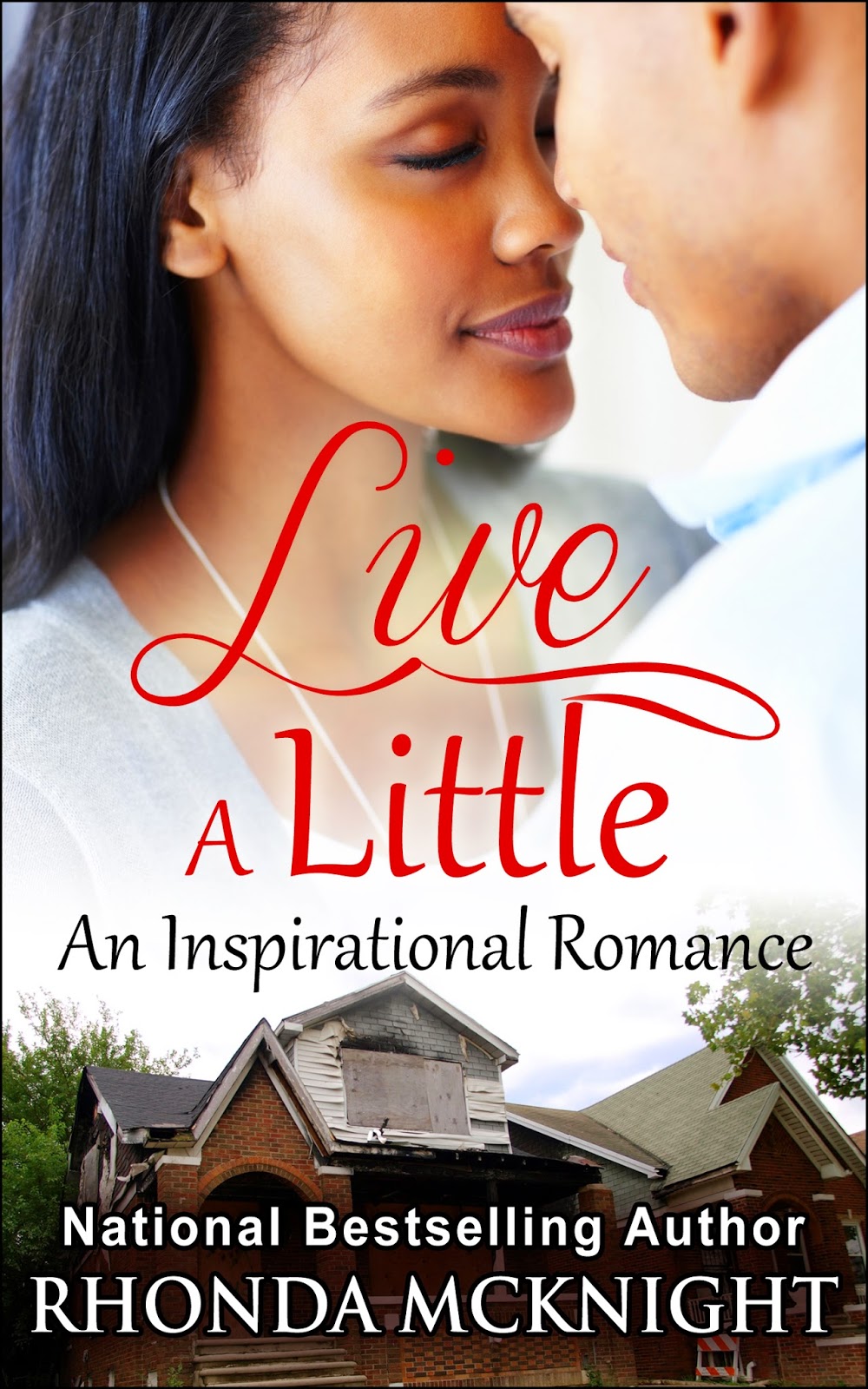 Raine Still has never had much of an identity outside of being the daughter of the old hippie couple that own Hope House, a transitional housing facility in the worse part of Charlotte, North Carolina, and that had been okay with her until her parents died and left her alone in world.
Gage Jordan is a decorated solider discharged from the army after fourteen years due to a physical injury, but the emotional scars are far worse than anything he’s rehabbed from. He has a great job lined up and a mass of support from his family, but something is missing and he’s starting to feel like it’s Raine.
Gage thought his wounded heart had issues, but Raine’s pain is much deeper. If something doesn’t give soon they will never have a chance at love. Can he convince her to see that “hope” and faith are the balm she needs to heal her hurting soul?

Raine stared at the phone until it stopped ringing. It had been a local number. She didn’t know anyone local that would be calling her after nine on a Friday evening, so she decided it was a wrong number. She ignored it and went back to writing the letter she was leaving for Kiara. Raine looked at the glass of water and the pills. It wouldn’t be long before she’d be done with her short note and then she’d have to take the next step, swallowing them all. She felt overwhelmed by the thought. Her throat closed. She could hardly breathe enough to push the words out of her mind and onto the paper.
The phone rang again. Answer it, a voice in her head said. So instead of ignoring it again, she swiped the screen.
“Hello, may I speak to Raine Still.”
“This is she.” Raine rolled her eyes. Who else would it be? It was her number.
“Oh, Raine, thank goodness. This is Elissa Wilson from the arts council. How are you, dear?”
She immediately regretted her snarky thoughts. Her mother had loved this woman. “I’m well.” Raine put down the pen and pushed the sheet of paper away from her.
“That’s good to hear. Well, I do apologize for calling at the last minute, but we have tickets for you.”
Raine frowned. “Tickets?”
“You called a few months ago about tickets to The Show. At the time we were sold out. I know how much your mother, God rest her soul, loved the show and supported it every year. I felt horrible that we were sold out.”
Raine closed her eyes and opened them to possibility. “Ms. Wilson, are you calling to say there are tickets?”
“Why yes, dear. I didn’t know that our director put tickets aside in your mother’s name. I just discovered this a week ago, but I didn’t have a contact number for you. I sent a few emails but you didn’t respond. It occurred to me that the secretary at would have a phone number, so I called her up and begged for your number. Again, I apologize for the late notice. She just got back to me less than ten minutes ago.”
Tickets to The Show. Raine closed her eyes to the delight of it. Her mother’s very favorite thing. She had promised her mother she’d continue to support the arts council. She’d done so with monthly donations from her bank account, but she’d missed the deadline to get tickets for this year’s performance.
“You must support and attend the theatre. The arts are important. Culture is important. The only thing that separates us from the animals is culture and education.” She’d heard that countless times during her childhood and on up into her adulthood.
“I won’t see my grandchildren, but make sure you take them to the theatre. Introduce them to museums and the ballet. Make sure they see The Show every year.”
Raine felt lightheaded. She was glad she was sitting or she surely would have fainted and hit the floor. “Tell me, Ms. Wilson, when can I pick up the tickets?”
“Well, that’s just it, dear. Like I said, it’s last minute. Our fault here. Please understand.”
She was getting frustrated with the drama, but she kept her tone even and courteous. “It’s fine, Ms. Wilson. Please give me the details.”
“The tickets are for tomorrow night’s performance. Nine p.m. They’ll be at the window in your name.”
Raine nodded. Tomorrow night was perfect.
“There are four of them,” Ms. Wilson said interrupting her thoughts.
Raine frowned again. “I only need one.”
“Well, you have four. Perhaps you can invite friends to join you. There’s no charge for them, so you never know, people may be willing to shuffle plans around for free theatre tickets.”
Friends. Raine almost laughed out loud. She didn’t have any of those. “I doubt that’ll happen, Ms. Wilson. I think it would be better if you tried to sell them or gift them to someone else.”
“It’s too late for that. If you can’t use them, they’ll just go to waste. Please do try to find a taker amongst your friends.”
Rained nodded. “Of course. I’ll see what I can do. Thank you, Ms. Wilson. Thank you so much for tracking me down.”
“Enjoy the performance, dear.”
They ended the call.
Raine looked at the pills and the paper and pen. She raised her hands to her ears, covered them and shook her head.
“What am I doing?” Her voice was a desperate squeal. She was shamed. Her parents wouldn’t want her to do this. Even though she wanted to see them again, they would not want to see her. Not dead at thirty-four. Her mother had to reach down from heaven and put tickets in front of her to make her see that. She groaned. The anguish from her pain filled the quiet room. Raine dropped her arms, turned her wrist up and looked at the scars from the time she’d cut her wrist a year ago in an unsuccessful attempt to end things after her mother’s funeral. Why had she let the idea of death consume her? Why couldn’t she find the will to fight for her life? She didn’t know, but she did know one thing. She was not killing herself tonight. She had a date with her mother tomorrow.


Raine stood, left the room as it was and went up the stairs to her bedroom. She opened the closet and walked to the rear where she kept dresses for formal occasions. She chose one she’d purchased but had never worn. It was perfect for a night at the theatre. She hung it on the hook inside her closet door. Walked to her bed, climbed in and pulled the comforter over her body. Her mother’s show. Raine had a reason to live another day. God had given her the sign she prayed for. Maybe there was something she was supposed to do with her life after all.

Live A Little will be available on Feb 12th on Kindle/Nook and Smashwords and in paperback on Feb 21st.
Posted by rhonda mcknight at 10:50 PM 1 comment: Links to this post